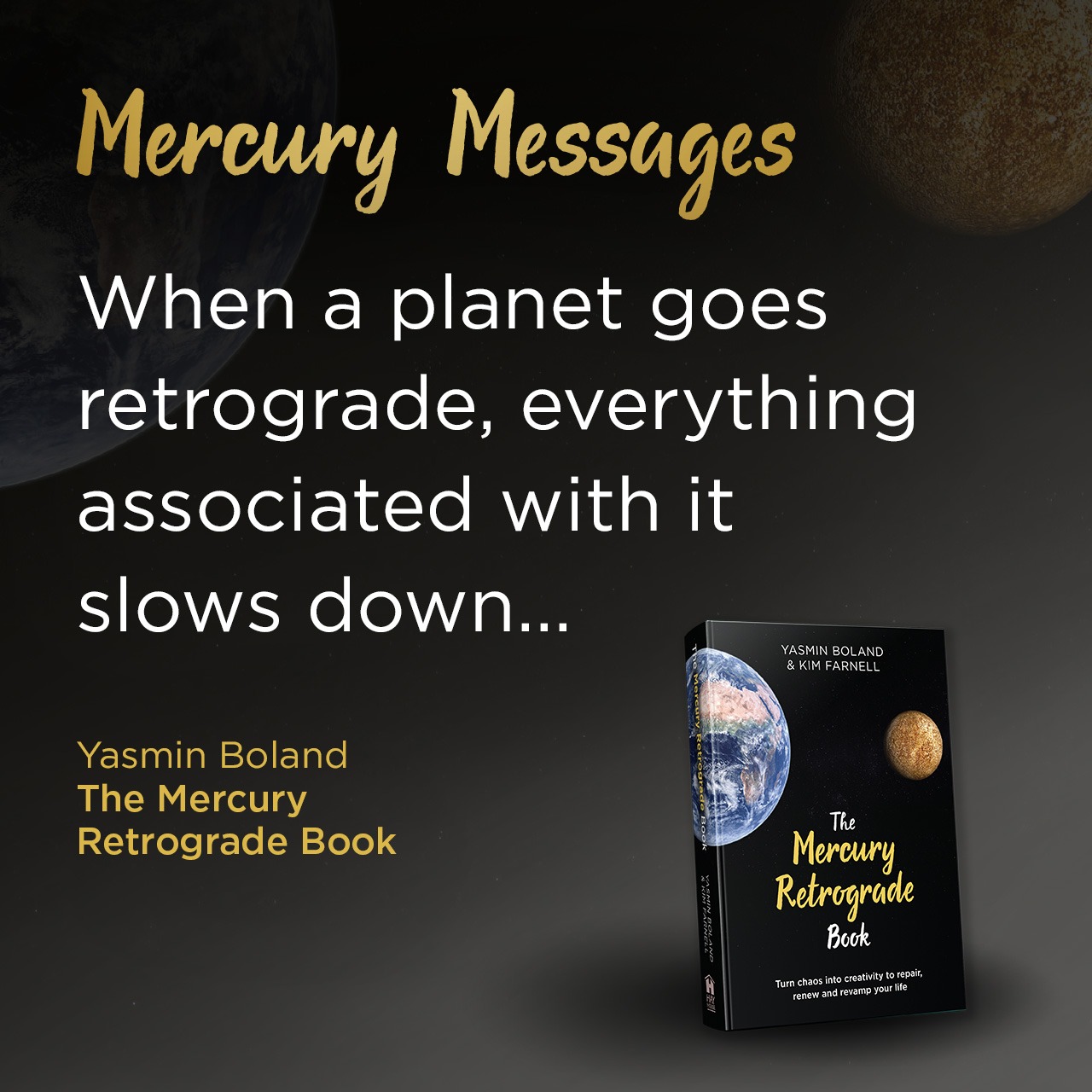 UPDATE: As I was writing this I was notified that my new Mercury Retrograde Book has gone on SUPER sale for a limited time an an eBook here.

We are now exactly TWO weeks away from the next Mercury retrograde cycle.

Mercury retrograde takes no prisoners … so how are you doing? If life has been a bit crazy lately, now you know why!

So what to do in this two weeks before the retrograde starts for real?

You can prepare by:

– booking any travel tickets that you already know you want (not because there is anything BAD about travelling under Mercury retrograde, but rather because it means your trip should be a little more straight-forward than if you book under the retrograde!)

– I’m hoping to go to Australia in February to give a workshop, for example. I will try and book the tickets before the retrograde BUT if I can’t for any reason, I am not worried.

– buy a new phone NOW, if you know you need one, if you can. It means it’s likely to function for longer and better. However it could also mean that the phone you’re replacing was actually bought under Mercury retrograde!

– the same goes for a car, if you’re planning to get one. Better now if you can, than buying it once Mercury is actually retrograde.

Again > if you need a new phone or car and you HAVE to buy it during the retrograde phase, don’t panic!

It’s absolutely not bad luck and could simply mean that you sell the car or the phone or other electronic items you buy under a future retrograde.

– paying attention to what’s coming up for you now is also a great idea, because this is what you get a chance to work on and worth through during the retrograde.

UPDATE: As I was writing this I was notified that my new Mercury Retrograde Book has gone on SUPER sale for a limited time an an eBook here.

Remember this retrograde will be in Scorpio… 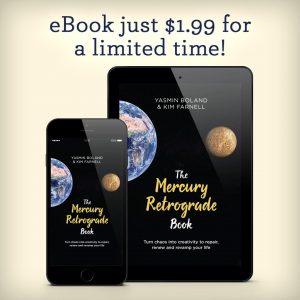 So, although it might not sound like the most fun thing to do with your time, but is the right moment to face your inner demons and get them under control.

Therapy for an issue from your past can go deeper now. Looking within rather than at the world around you is likely to be more productive.

More than any other sign, Scorpio likes to dig under the surface of things to see what’s being glossed over or whitewashed. If there are secrets in your life, Mercury retrograde can work to shine a light on them.

This may sound terrible, but it can actually be healing. That secret you’ve been trying to keep may not the big deal you once thought it was.

There’s also a financial aspect here. It’s the ideal time to renegotiate a financial partnership and/or pay off debts. Financial assets you’ve forgotten about or not even considered can resurface now.

Something that seemed old and worn out, whether a friendship or a piece of clothing, can be transformed with very little effort.

Mercury in Scorpio is also a good time to work through a fear that has been holding you back. Doing that alone could change your life.

I know what I’m going to be working on – do you?

So make the most of it!

PS As I was writing this, I got word that Mercury Retrograde eBook has suddenly gone on super sale!

Scroll down for the LOVELY LOW prices around the world…

But this truly is a limited offer.

Can’t beat that for a bargain, right?!?! So I though I had better let you know…

Snap it up while the lower price lasts! 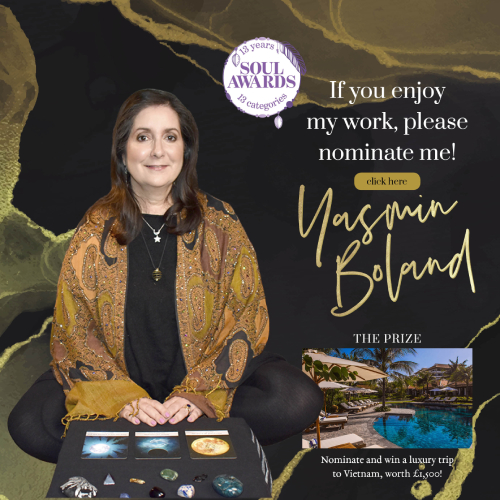 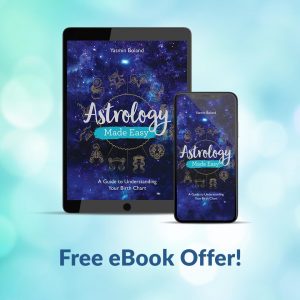